Inside the Fight Against a Flu Pandemic
By Michael Scherer and Eben Harrell
TIME, Wednesday, Aug. 12, 2009 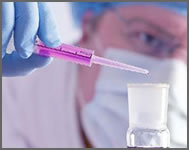 As they have for most of the past 87 years, hundreds of children from across the Eastern seaboard of the U.S. arrived in June at Camp Modin in Belgrade, Maine, carrying flip-flops, sleeping bags and swimsuits. But they also carried something new. First there was one fever, then six, then nine campers fell ill in a single day. By the end of the first full week, dozens of kids were sleeping on state-issued cots in a specially quarantined cabin, waiting out a pandemic flu virus that is barnstorming its way across the globe. Camp Modin was not alone; so far this summer, at least 80 camps in 40 American states, including a full quarter of Maine’s residential summer camps, have reportedly been hit by the bug known worldwide as H1N1. Across the Atlantic, Britain’s National Health Service spent most of July recording 100,000 new cases a week. Health officials in both countries were struck by a trend they regard as unusual and troubling: a flu outbreak in the middle of summer.
Just a few weeks after the Modin quarantine, senior officials from across the U.S. government gathered in the basement of the West Wing to begin planning for the siege to come. On the flat-screen televisions embedded in the soundproof walls, a PowerPoint slide flashed the human toll of previous epidemic flus: more than 600,000 Americans died in the 1918 pandemic; 70,000 «excess» deaths resulted from the Asian flu in 1957; and there were 34,000 deaths after the Hong Kong flu hit in 1968. Next to the 2009-10 H1N1 pandemic, the screens showed nothing but a series of question marks. The punctuation was designed to make a larger point. As a senior official in charge of responding to the crisis later told TIME, «You are going to see a spike in deaths.» (See pictures of the swine flu in Mexico.)